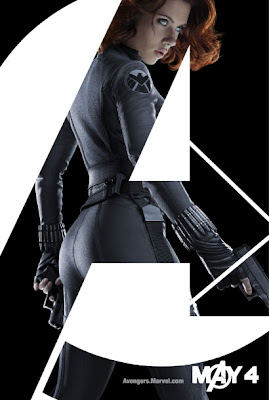 Today I watched The Nanny Diaries, a fluffy Hollywood romantic comedy where the characters all learn a valuable lesson and the girl gets the guy and happily ever after falls from the heavens. It was an ok film that was worth seeing, but I cannot tell a lie that the only reason I had any interest in the movie was because it starred Scarlett Johansson. A reason that my girlfriend has been very understanding about. I know that love is a strong word, but I have been in love with Scarlett since 2001's Ghost World. The respectful non-crazy infatuation has continued through-out the decade to follow.

Also in Nanny Diaries, playing Scarlett's romantic leading man, was Chris Evans. Chris played the title role in Captain America, Scarlett played Black Widow in Iron Man 2, and both will be seen side by side in The Avengers. I don't know how they could possibly make me anticipate this movie more. Maybe if it was Joss Whedon directing a Justice League movie with the same cast and budget instead (as much as I've enjoyed most of the Marvel movies of late, my heart will always belong to DC Comics). Anything short of getting stabbed or bitten by a cobra while watching the movie, I'm pretty sure that there is no way I am not going to enjoy The Avengers. Because again I must admit, script and acting and production value won't so much as matter, because Scarlett is playing a super-hero and I am a life-long card carrying geek.
Posted by batturtle at 5:17 PM