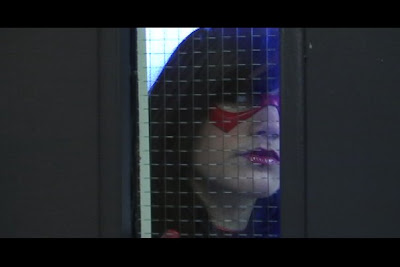 On the weekend, crewed for a lil' bit on a comic book based shoot titled 'The Scarab'. Would've liked to have worked on it more, but had to ditch out 'cause I was already booked elsewhere. Anyhow, will contribute more work towards it in upcoming weeks.

Above is a shot of one of the costumed characters from the picture, The Woman in Red.
Posted by batturtle at 11:57 PM No comments: