Sorry. I found nicer geeky festive images to accompany my lil'"Merry Christmas" blog entry...but I do love the fine inappropriate work of the Biz. And what more could be said than the wise words from Lobo his-self? So do what he says...or else...
Posted by batturtle at 12:18 AM No comments: 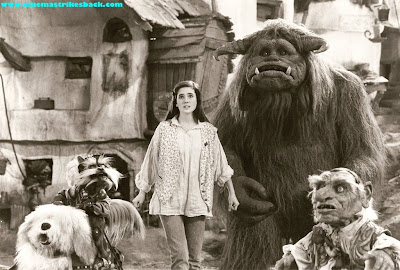 Over and over again, there seems to be endless proof that there is never a sure thing in the art and business of film production. Imagine this line-up pitched to studio executives in the mid 80's: We've got a pitch for a new movie from the guy who created The Muppets, from the producer of the Star Wars and Indiana Jones films, with a script written by a Monty Python alum, starring one of the biggest rock icons of all time. Uhm...yeah, let's green light that movie right away! Fat cat executives must have been tripping over themselves trying to be the first in line to finance this thing.

But, as famed screenwriter William Goldman pointed out in his writings about the film industry, "Nobody knows anything". And in this case, it's pretty unlikely that anyone could have guessed that a movie with those four men involved could have completely tanked. 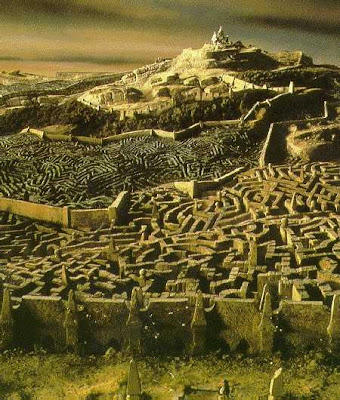 A movie not making any money has never meant that the movie wasn't any good though. There's a long list, but the all-stars of great movies that were box office bombs include Fight Club, Office Space, Blade Runner, It's A Wonderful Life, Fantasia, Citizen Kane, and most recently I would add Scott Pilgrim Vs The World to that list. Critics not praising and an audience not showing up to a movie does not equal a terrible movie all of the time.

So, on Boxing Day, once recovered from the previous days family time, present opening and food feasting, make your way to the Mayfair for a holiday Lost Marbles Geek Night presentation of Labyrinth at 8:15pm.

Posted by batturtle at 7:50 PM No comments: 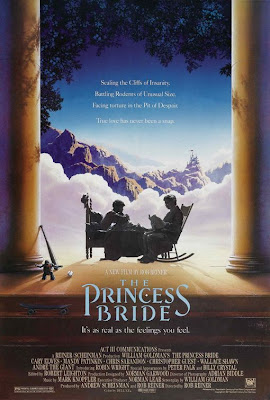 Recently and coincidentally I was told a story of a girl showing her boyfriend her favorite film, The Princess Bride. Not only did he not like the film, he didn't even make it half way through the film before giving up and turning it off. That my friends is unacceptable, and I'm pretty sure the dictionary definition of what would be known as a dealbreaker. This wasn't some cliche case of a girl forcing a guy to watch Sex and the City or some horrible Julia Roberts romance...this was the frickin Princess Bride! There's not a lot of movies that I consider perfect, but this one is pretty damn close. It has everything! Swashbuckling pirates, underhanded villains, a tough and beautiful princess, eccentric wizards, rodents of unusual size, Andre the Giant, Peter Falk...what more could you possibly want!?

That is the end of my rant. Please come out and see this excellent film. And if you've been invited to the film by a significant other, do not fail the test. See the movie. It is great.

Lost Marbles Geek Night: Sunday December 19th at the Mayfair at 8:45PM.
Posted by batturtle at 6:20 PM No comments: 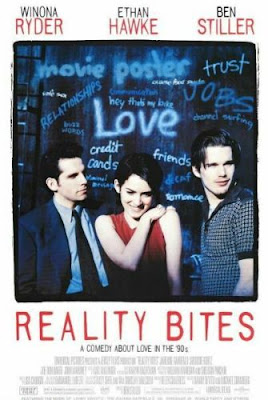 Our Christmas gift from the Mayfair to you are a trio of geeky movies with a lil something for everyone. The perfect movies for the uber-geek or their more of the norm significant other. Date Night Geek Nights will kick off with the cornerstone generation x romantic dramady Reality Bites. The feature film directorial debut from Ben Stiller, starring a post Heathers / pre-shoplifting Winona Rider and every mid-90's geek boys crush, Janeane Garofalo.

And then on the 19th and the 26th, slightly more fantastical date geek fare with the 80's classics The Princess Bride and Labyrinth. All nights with prizes from your favorite Christmas shopping destination, Lost Marbles.
Posted by batturtle at 11:43 PM No comments: 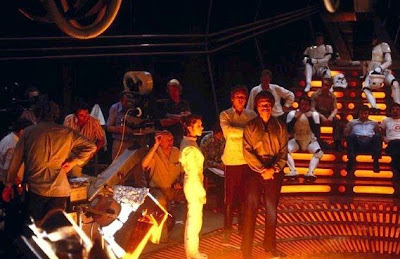 A few days ago, the gentleman who directed my favorite movie ever died. And if you google Irvin Kershner, you'll find many more popular geek than I ranging from Harry Knowles to George Lucas saying deserved nice things about the man. So no need for me to repeat his career accomplishments here. Even though belated, I felt like typing up a lil' something though...

It's always sad when someone dies of course, and weird when someone you've never met yet admire passes away. You have no actual connection, but they've managed to yet completely help shape and change your life. The first movie I ever saw at a movie theatre was The Empire Strikes Back. I went to see it at the Somerset Theatre in Ottawa, which doesn't exist anymore, with three family members, two of which aren't with us anymore. The movie going experience blew my lil four year old mind, and can probably be pin-pointed as the first step towards my love of movies. I remember the opening scene with Luke on the Tauntaun, I was completely mesmerized by the snow kangaroo thing. And I remember the cliffhanger ending, and being furious when my dad told me I had to wait three years to find out what happens to Han Solo. Three years!?! I was only four! That's most of my life! I have vowed that if I ever have kids I'm making them wait three years between watching Empire and Jedi.

In conclusion, The Empire Strikes Back was awesome, and without Irvin Kirshner instead of Han saying "I know" in response to Leia's confession of love, he just would have said "I love you too". Thank you sir.
Posted by batturtle at 11:48 AM No comments: