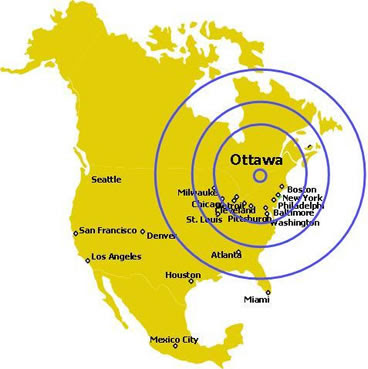 Read today on the interwebs that my fair home-town of Ottawa has again been awarded the distinction of being the bestest city in the universe, or possibly in Canada, something along those lines.

I am very defensive of Ottawa, I love Ottawa, and if you are despairing towards it I will heartily disagree and then fight you on your thoughts (in a non-physical manner). A while back I was working with a guy who wouldn't shut up about how much he hated living here, I told him in not the most polite of tones that maybe he should move to a city that he likes then, he had no response. Another time a rather stereotypical Toronto douche-bag kept trashing Ottawa over and over again, saying amongst other humorous wit filled remarks (he typed sarcastically) that Ottawa is the city that never wakes. I reminded him that there is a reason that there is a reason why the rest of the country hates most of his city.

Ottawa is great. If you think that there is nothing to do here you are putting absolutely no effort in trying to find something to do. Last year when we had the big-shot pop-art exhibit at the gallery, and American newspaper published an article of glowing praise about how much there is to do here. They had been doing an article on the touring exhibit, had no idea what an Ottawa was (the other cities on the tour were the lines of London and New York), and fell in love with the place. Ottawa has world class museums and galleries, acclaimed places to eat ranging from fast food to high end cuisine, you can go see widely ranging forms of music on any given night of the week, and we have all kinds of outdoor activities for folks who like that kind of thing. If that's not enough there's an NHL team here, championship roller derby, cupcake shops, burlesque troupes, punk flea markets, giant community garage sales, more music festivals than you can keep track of, an animation festival, a pinball convention, every once and a while bizarre stuff like a pillow fiht league makes its way through town, and of course an 80 year old repertory theatre.

In conclusion, it is awesome here. If you disagree I will accuse you of just being jealous that in my town there's a different shawarma shop once a block or so, we have a castle filled with dinosaurs, and in upcoming weeks we have not one but two different starship Enterprise captain's coming to town.
Posted by batturtle at 11:54 PM