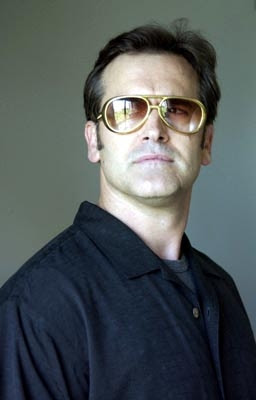 It is all as bizarre and awesome as it sounds and you can catch it Saturday April 30th at 11:30pm at the Mayfair.
Posted by batturtle at 11:52 PM No comments: 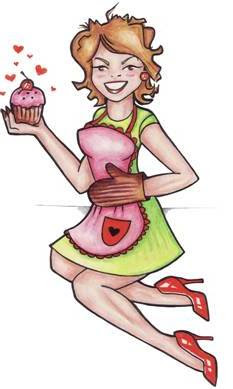 Took us a lil' while to get this organized, as these cross-over business things do at times (boring red-tape stuff and figuring out logistics and schedules and other such dull things), but I'm happy to announce that at long last Auntie Loo's Treats amazing cupcakes will be available to purchase at the candy bar at the Mayfair. Just when you thought that we couldn't possibly be any cooler, we now offer you this! If you're familiar with the bakery, then you already know how awesome their stuff is. If you've never sampled their offerings, be sure to get one next time you're in to see a movie. Good news, bad news: you will be instantly addicted and contemplate a life-style possibility of eating cupcakes all day every day for every snack and meal forever. Which upon contemplation, really isn't that bad.
Posted by batturtle at 4:44 PM No comments:

Sweet Tarts Takeaway, the web series that I worked on and will work on again in the future, is up for an audience choice award via the Mingle Media TV Network. So take a moment, click the link over to their site, and give the show 2 thumbs up. Preliminary voting is open through April, if it makes it to the next round I will be pestering for more votes accordingly.
Posted by batturtle at 12:32 PM No comments: 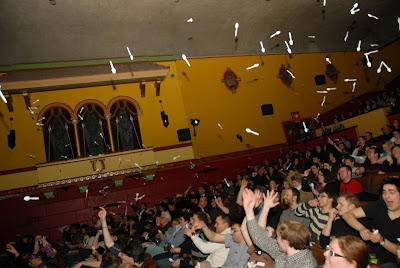 If you like movies and haven't come out to see 'The Room', or more importantly seen 'The Room' on a night where Tommy is on hand to sign autographs and introduce the movie, you haven't lived yet as a fan of motion pictures. One last chance for you to attend, Sunday April 17th at 10:30pm at the Mayfair.
Posted by batturtle at 1:45 AM No comments: 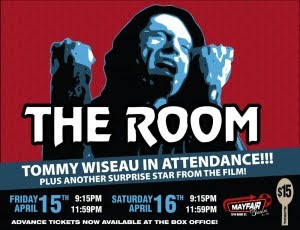 I should have done a post in the days leading up to our special event at the Mayfair in honour of our 20th month straight of screening 'The Room'. Failing having done that though, I now have to at least comment on the insanity that was having the director of what many a folk think is the worst movie of all time drop by.

It's a weird world that we live in, and now more than ever celebrity is in a strange place. Whether we blame YouTube or Charlie Sheen or TMZ for that, I do not know. The attendance of Tommy Wiseau at the Mayfair equaled one completely sold out show and one packed show. I understand the phenomenon of taking joy from a bad movie, I think it's safe to say that I have seen more bad movies than most. Not only that, I've for some reason done it on purpose. I'm not a movie critic that has to watch movies all day long to pay the rent. I will sit down with a friend and on purpose, when there are so many other worthwhile things to do out there, and watch 'Sharktopus'. We of course didn't expect it to be any good. And none-the-less spent 89 minutes of our lives which we can never get back watching a movie starring Eric Roberts fighting a horrible special effect of a half shark half octopus.

I was curious is Tommy Wiseau was real, or if he was like the fake documentary of 'Spinal Tap' or Paul Reubens playing Pee Wee Herman. I can confirm that he is in fact real. Bizarrely freakishly real. He functions very well in a world of adoring screaming fans, I can't imagine him buying groceries or applying for a passport. Here is a theatre full of people who are paying to see an awful movie and applaud the man who made it. And he seems to have no sadness over the fact that a whole lot of people are laughing at him, not with him. He posed for pictures, he signed autographs, he sang happy birthday to some lucky fans, he tossed around a football with people in line outside of the theatre, he schmoozed the fans next door at Quinn's while they grabbed a drink before the midnight show, and he never ever took off his sunglasses. A grown woman cried in his presence, akin to a teenage girl meeting a Beatle in the early 60's. A teenage boy spotted him in the lobby and started screaming and yelling and I was pretty sure that the kids head might explode.

It was one of those nights where on repeat occasions I was taken aback and couldn't quite believe that this was my life. I was given leftover fish & chips by the most horrible filmmaker of our time. And that was just night one! Two more shows tonight and a special last minute addition with Tommy sticking around for one more screening of 'The Room' on Sunday April the 17th at 10:30pm. More insanity to come I'm sure.
Posted by batturtle at 4:59 PM No comments: