Year of the Joss 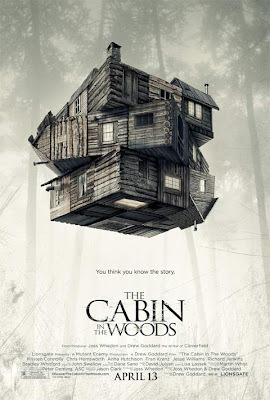 I was out at a New Year's party on Saturday night, and as the stroke of midnight hit everyone cheered in an appropriate manner. With my girlfriend in my arms, I looked her in the eyes and told her that I was so happy and and so lucky and so excited...to be in the same calendar year in which there will be not one but two Joss Whedon films released. Luckily for me, she threw her head back and laughed instead of punching me.

In my defense, I've been waiting to see The Cabin in the Woods for so long! An Eternity! Or, something more along the lines of three / three and a half years, more or less of an eternity. I was ecstatic to read about the film when it was about to go into production back in 2009, and I was heartbroken when Hollywood fat-cat idiots decided to push back the February 2010 release so they could change it into a 3D presentation. Yet another reason to add to the checklist of reasons to hate the current 3D fad. Then, thanks to MGM inexplicably going bankrupt, the complete and ready to go movie was shelved. I'm still confused as to how a film studio that has decades of Bond profits amongst other successes goes bankrupt. I have no money, but I'm not bankrupt, how are they bankrupt? 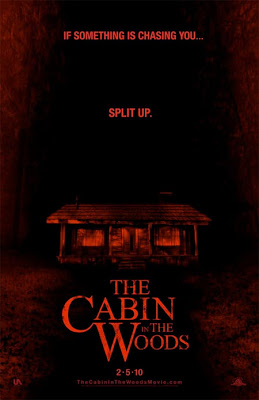 Luckily for comic geeks, Buffy fans and horror film aficionados, Lionsgate has heroically swept in and the over two years lost movie will finally hit theatres in April. In another twist to the Cabin in the Woods saga, after co-writing and producing the film, the next gig that Joss got was to direct and write the epic Marvel Comics super-team movie, The Avengers. That film stars Chris Hemsworth as Thor, who before finding success in that role, starred in the unreleased Cabin in the Woods. 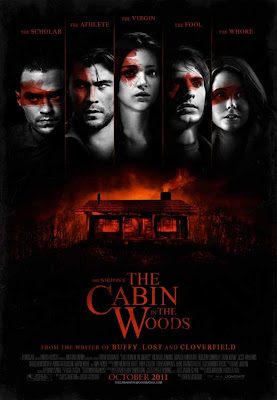 Then yesterday I remembered something even more fantastic. There's not two Joss movies coming out in 2012, there's THREE! I forgot that there's also the independently produced adaptation of Shakespeare's Much Ado About Nothing which Joss is writing and directing. And Nathan Fillion is starring in the damn thing! Good times ahead in 2012 indeed. I will of course do everything in my power to get these movies up onto the Mayfair screen.