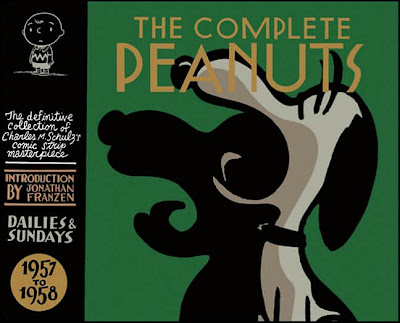 One of my unofficial New Years resolutions for 2010 was to stay the hell away from the library. This was not meant as an anti-book depository stance, or to begrudge the fine institution that supplies free reading material to one and all. The resolution came to be because every time I went into one of our fine libraries in Ottawa, especially the main downtown branch, I would walk out with a stack of comic books and movies. Libraries have a long association with nerds, but somewhere along the line in the recent past, clearly some geeks started working there in a place of power as well. The place went on to have a better and more diverse selection of comics than a comic store or Chapters, with the added plus that the thins were free to read! There were genres ranging from mainstream and most identified sect of the super-hero tale, there was manga, kids friendly stories, biographies, foreign books, weird underground stuff...everything you could ever want no matter what sort of comic eek you might be. And on top of that, the extra distraction of a damn fine selection of movies that could be taken out on the free as well.

In an attempt to catch up on the dozens and dozens of books filling the shelves of my apartment going neglected and unread, I put a ban on myself going into libraries. I'm not sure if the experiment worked, because I continued to read voraciously in a non-library like manner, yet there are still a ton of books around my living quarters. And now the year long avoidance has come to an end thanks to a long ago museum pass becoming available (it was ordered before I went into hiding from the library). I went to pick up the pass, and next thing you know I was standing in the comic book aisle with a volume of The Complete Peanuts in my hands that I had not read yet. I've been making my way through the volumes the last couple years (back in my library hey-day), and as it claims on the cover of the books, it is indeed a masterpiece.

So, Grant Morrison autobiography, zombie anthologies, Bone spin-off, Marvel collections, Stephen King stuff, drawer full of 50 cent bin comics...for now you will all have to wait. 'Cause right now I have three volumes (or six years) of Peanuts books to read.
Posted by batturtle at 11:39 PM