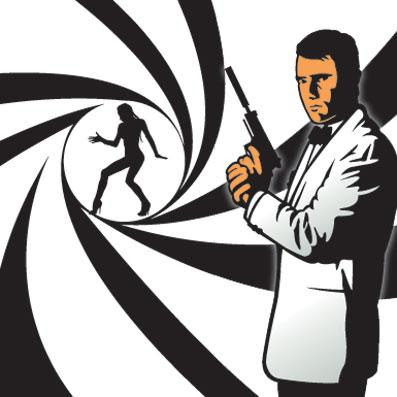 Spent portions of the last couple days finalizing a bit of crossover stuff between the NAC and the Mayfair for our respective James Bond events. We have our 4th annual 007 fest starting this Sunday January 8th at 1pm with Goldfiner, and the NAC has their orchestra performing an event titled Bond and Beyond from January 19th through the 21st. We'll be screening eight classic Bond films, they'll be hosting a night of musical themes from the Bond films and other similarly themed film and television productions the likes of Mission: Impossible and The Pink Panther. Best of all is that by complete coincidence, both events avoid falling over each other on the calendar. You can catch every single film and enjoy a night out at the orchestra and get your complete James Bond fix in January. All of this should help all Bond fans in their inpatient anticipation for the new film Skyfall, set to be released November 2012.
Posted by batturtle at 9:10 PM