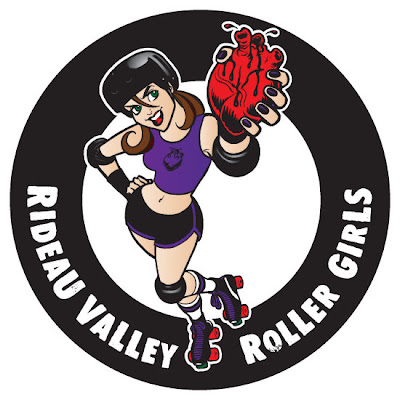 I haven't been able to officially talk about this yet, but yesterday my friend and producer put some behind-the-scenes pictures up on her Facebook page, so I guess I'm allowed to talk about this now. We have begun shooting some footage for a TV documentary focusing on my beloved Rideau Valley Roller Girls. It'll be 45 minutes or so, the deadline to hand it in is early July, and it is scheduled to be on the air in August. I'm excited enough about working on this project, the next step will be trying to convince the powers that be to green-light an entire documentary series. It'll be on the actual CBC, not just YouTube or something, an actual good old fashioned TV channel. Over the next few weeks we'll get some interviews, shoot some practices and bouts, and tell a bit of the story of roller derby here in the nation's capitol. Your tax dollars at work.
Posted by batturtle at 11:32 PM