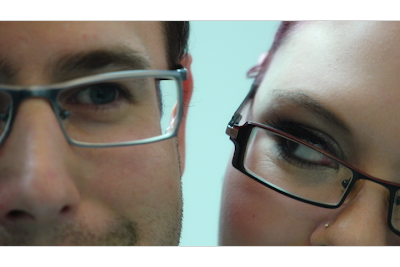 In a staggering turn of events, my directorial submission for this years Painted Lips and Lolly Licks sexy film fest at the Mayfair has been turned in a whopping four days ahead of deadline. While I was busy watching Groundhog Day inside, my editor was kind enough to drop by the theatre and deliver the final product. For the second year in a row I'm very pleased with the saucy lil' short that my friends and I have slapped together. This years sexy tale is titled 'The Fantasy' (I hate comin up with titles), it stars Ray Besharah and Scare-Ah Lynne Sin, and features music from The Reverb Syndicate. View it's world premiere, along with a diverse collection of other short films under the same theme, Friday February 10th at the Mayfair. As a bonus, for no additional extra charge, Scare-Ah Lynne Sin and her Sin Sisters will be there performing a burlesque opening act. The prefect pre-Valentine night out, all for a mere $6 for members and $10 for non-members.
Posted by batturtle at 11:49 PM