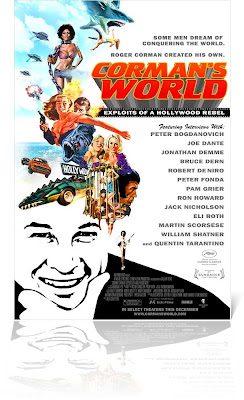 In the constant hectic-ness that is my day to day life, I just realized that I neglected to post a link to the latest Mayfair article from (cult)ure magazine. We're already somehow a week into the second month of 2012, but there's still plenty of upcoming films to read about in the article.

We discuss amongst other bits of cinematic Mayfair offerings, the controversial fiction of Sleeping Beauty and real life madness of the documentary Tabloid. We discuss the fun of going to watch the Oscars at the Mayfair, even though we don't have high praise for the cinematic awarding process in general. Plus, let's not forget Blaxsploitaiton / Eddie Murphy month, that Roger Corman is one of the most important men in the history of movies, and that James Cameron has really gone downhill since not hiring Michael Biehn for those flops Avatar and Titanic.

And as per usual, April and I fall off topic in discussing things like out love of The Muppets and our hatred of 3-D. As their tag-line says 'Just another month at the Mayfair'
Posted by batturtle at 11:59 PM