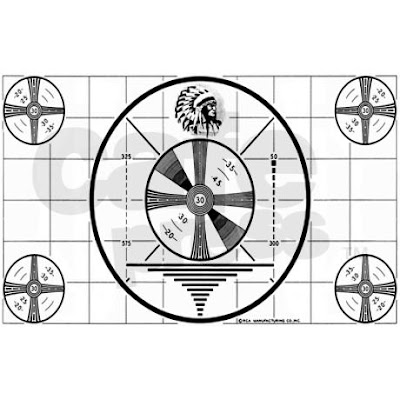 I'm a bit fascinated at the state that television is currently in. In spite of any concerns over the death of episodic television due to the internet, tv programming seems to be better than it's ever been. It's also worse than it's ever been, but the excellence is staggering as long as you ignore and have better things to do with your time than watch D grade celebrities eating bugs for Donald Trump on reality programming. No matter your taste, if you say that there's nothing worth while on tv, you're not trying even trying in the slightest to find something good to watch.

I still don't quite understand the business model behind legal streaming of television programs online, or the phenomenon that is Netflix, but I do think it's the death of television as we know it. Not the death of tv shows, just the death of channels or time-slots mattering to them (network executives, tv producers, Nielsen families) or us. I think journalism will continue on without newspapers, I think tv shows will continue without tv. We'll still have a thing in our living rooms to watch stuff on, but we just don't have to worry about tuning in at 8pm anymore.

I am currently marathoning through season 3 of Dexter, season 4 and 5 to follow (Blu Ray's borrowed to me). Without paying for cable, I still get to legally watch via streaming shows I enjoy watching like MTV Live, Daily Show, Colbert Report, Conan etc. And some of the other shows that I enjoy watching that aren't readily available via streaming, I still manage to catch somehow. That's all I can say about that.

I've also recently delved into the wonder that is Netflix. In a similar manner to the state of TV, I have heard some say that there is nothing to watch on Netflix...those people are insane. Netflix not only has endless Marvel Comics cartoons, it has all 6 seasons of Xena, and Cool As Ice starring Vanilla Ice (a movie that I knew of, but totally forgot existed). A friend of mine compared it to pre-Blockbuster era video stores, filled with a ton of B grade stuff, a bunch of stuff you've already seen, and a few new releases. I am someone who will watch anything though, and hence I was actually very excited to stumble upon the aforementioned info that Netflix has Cool As Ice. Don't judge me!

I think it was back when I was in film school, some pompous classmate bragged that they didn't even have a TV, and that TV doesn't have the scope of movies. TV totally has a broader scope than movies. Did the character Buffy develop more in a singular movie, or in 7 years of her self-titled series? If you have to brag that you have no TV, that means you think you're better than people who like TV. TV is great, just don't mindlessly sit in front of it for 18 hours a day, 7 days a week. I would give similar advice that it's not good to sit around reading for 18 hours a day, 7 days a week. Doesn't mean I think books will rot your brain.