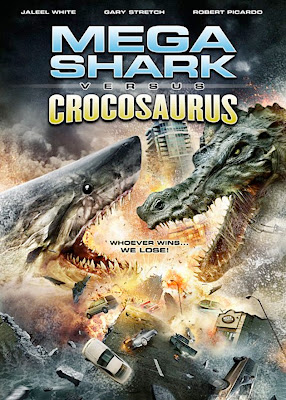 I hardly ever watch movies at home, being as I go to the Mayfair all of the time to experience movies in all of their big screen repertory theatre brilliance. Seeing how busy I often am, I like to make the most of my free time at home, and catch up on films that we wouldn't be able to screen theatrically. Hence, because I have the interest in all forms of cinema and the cursed skill to watch anything, last night I watched Mega Shark versus Crocosaurus. A really big shark and a really big crocodile cause havoc and kill lots of people, it stars Urkel and that hologram doctor from Star Trek: Voyager, and it was as horribly awesome as it sounds. I also found out that this is the sequel to Mega Shark versus Giant Octopus,which I shamefully have not seen...no wonder it seemed like I was missing out on some aspect of the in-depth story element of big things smashing smaller things.

Posted by batturtle at 5:06 PM