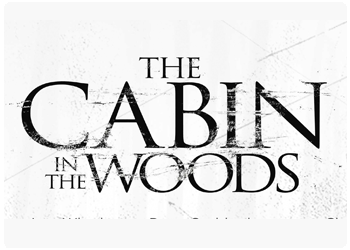 I have never been happier as to have avoided trailers and reviews and spoilers than with The Cabin in the Woods. I hate multiplexes, but ventured behind enemy lines thanks to a free advance screening pass that I got a hold of. It was the one film being released this year that I wanted to see as soon as possible in order to avoid finding out anything about the movie and having story-line and plot-twists revealed to me.

All I will say is that The Cabin in the Woods was one of the greatest movies that I have ever seen. I doubt anything else being released this year will come close to matching it as my favorite movie of that year. I walked into it knowing nothing about the movie except for those involved in making it, some of the actors, and that it was very likely something more complicated than a traditional teens killed in the woods story. I thought it was genius, and that's all I want to say. If someone starts telling you about the movie and you haven't seen it yet, punch them and run the other in the other direction. You will not be in the wrong.
Posted by batturtle at 11:42 PM