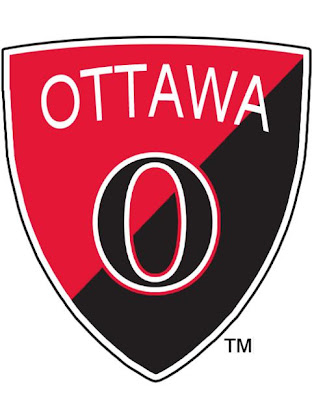 I happened to be walking down Elgin Street tonight just in time to witness the sad army of hockey fans shuffle out of bars as the Senators were eliminated from the Stanley Cup playoff contention for another season.

It's amazing that we as a species enjoy watching sports of any kind, 'cause statistically speaking, almost every time it eventually leads to depressive sadness. Many consider Wayne Gretzky to be the greatest player of all time, and he managed to only win the top prize four times in a couple of decades. Those don't equate to an over-all chance coming out in a gleeful spirit at the end of each season. Now-a-days, it seems many a well respected player can make it their whole career without even a single championship. A friend of mine once told me that that was why she would never be a sports fan, she wasn't opposed, but just couldn't handle the stress and heartbreak that inevitably crosses your path.

As I watched the morose jersey clad drunken masses shuffle out of pubs, I felt like maybe I should suggest a less heart-wrenching hobby for them to partake in, like movie watching or scrap-booking.
Posted by batturtle at 11:53 PM