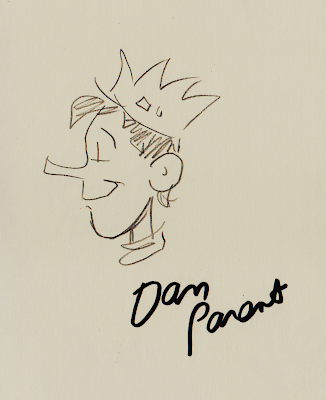 Montreal Comiccon Day 3: At a good comic con, every time you're doing something interesting you are missing out on something else interesting. I was torn today 'cause I was really interested in sitting in on an Archie Comics panel. I don't read Archie Comics religiously, but am fascinated at their continual pop-culture importance and their fearlessness at pushing comic book boundaries in what are essentially kids soap-opera books. Look at what they've managed with their recent addition to the Riverdale universe of Kevin. Right wing and censorship hopeful groups went after the company for introducing the character, they didn't back down but essentially told the cowardly closed minded associations that they didn't care what they thought and to go to hell (I'm paraphrasing). Their reward was overwhelming media and fan support, goodwill, and most importantly for the bottom line of a publishing company - high sales.

My Buffy worshipfulness won out though, and ended up going to check out James Marsters panel (aka - Spike). Followed that up with a Patrick Stewart panel. Both were well worth checking out. My biggest disappointment of the day was almost finally getting a hold of Riddler style Converse. Evidently geek feet commonly come in size 10, because they had every size but the one I needed. The best purchase I managed was a very fairly priced vintage Gonk droid toy, to match my tattoo.

Had some nice comic geek conversations throughout the day. We stashed our backpacks and stuff underneath Tom's artist alley table so we didn't have to carry it all around (Tom had fled for the day). Darwyn Cooke was away from his neighbouring table, but ended up in a lovely Alan Moore bashing conversation with his wife regarding the whole Before Watchmen stuff. She and I were on the same page that Alan Moore is a big cry-baby and should grow up.

Chatted with Adrian Alphona, who I had met in Toronto and was nice enough to draw me a Molly sketch then. I'm very glad to see him making a comic book artist comeback after having been away for a bit. Not only because he happened to draw Runaways, one of my favourite comics ever, but he's also a really nice guy. Got more artwork from friend Kelly Tindall, putting our apartment one step closer to being completely covered with his art and a full scale stalker shrine.

Made up for missing the Archie panel earlier in the day by getting to chat with Archie Comics writer/artist Dan Parent. All conversation points I would have had at the panel, I managed to discuss with a person on the actual Archie trenches. Picked up a really nice page of art from Dan, and he was kind enough to draw me a quick sketch of Jughead. So maybe I don't get to read Archie Comics as much as I would like, but now I have a nice drawing of the Riverdale gang to frame and put up on the wall. The comic book splash-page even has Kevin on it. Take that right wing militants!
Posted by batturtle at 11:53 PM