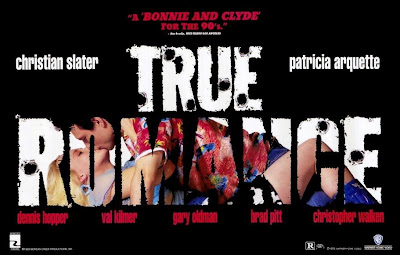 We get hit with bad news so fast and hard now-a-days. So, when I turned on the Mayfair Twitters this-morning to write up the daily showtime postings, and there are posts from the likes of Michael Moore and Edgar Wright about Tony Scott...I feared the worst.

I love Tony Scott movies. He managed to have a unique style unto his own amongst main-stream Hollywood blockbusters. Beverly Hills Cop II is one of the best sequels ever, maybe even better than it's original. In the 90's I loved his fog-machine filled action / thrillers The Last Boyscout, Crimson Tide and The Fan. And after the turn of the century, I might be in the great minority of film-goers who enjoyed his kick-ass Denzel reunion with Man on Fire and then kind of loved the insanity that was Domino.

When not directing, he was a member of the Scott Free producing team with his big brother Ridley. They put out such diverse films as RKO 281, Cyrus, The A-Team, and Prometheus.

If I could only watch one Tony Scott movie for the rest of my life though, there is no hesitation in the choice that it would have to be True Romance. True Romance is a comic book geek Bonnie & Clyde romantic epic that showcases one of the most amazing ensemble of actors ever in a movie. And yes, it is my favourite Quentin movie, even though he didn't direct it. It also showcases a haunting Hans Zimmer score (again...one of my favourites), which will be in the back of my mind as I think about Tony as I'm sure he will be a topic of sad cinematic conversation the rest of the day.

Posted by batturtle at 2:47 PM