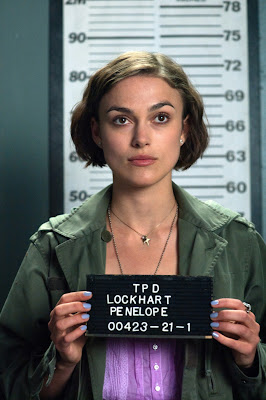 The first thing I thought upon learning of the existence of this film, was that it sounded a lot like a Hollywood remake of the 1998 film Last Night. Don McKeller's end of the world tale was a decidedly Canadian counter to cinematic fare the like of Armageddon and deep Impact that had been released in months previous. I loved Last Night, I did not love the more traditionally apocalyptic Hollywood offerings.

Although of the same theme, Seeking a Friend isn't a rip-off. The film makes a number of strong attempts at wandering off the beaten path from the average end times action movie mainstream. Thanks to having seen Last Night, there isn't really much in it that makes me feel like I'm seeing anything new or exciting. If you haven't seen Last night, you might come to it with fresher eyes and be more taken by the story than I was.

Having said that, what the film does showcase is a great ensemble of actors, a memorable soundtrack, and a script with some smart character beats and genuine surprises. I especially respect when an actor like Steve Carell takes on a sombre quiet role as this one is, when he could have just staged within the safety-net of continuing along with his former network television gig.

Within the movie was more than one 'I can't believe that that just happened moments', and for better or for worse depending on your taste, the film was quite darker than the trailer might lead you to believe. I knew this movie would succeed or fail on if it had the guts to actually conclude with the end of the world and hence the death of our central characters (and everybody else). I cannot comment on whether this happened or not without spoiling the ending of course, so I'll leave that for you to find by yourself.

You have three more chances to see what you think of this apocalyptic tale at the Mayfair - on August the 11th and 12th at 6pm and the 13th at 7pm.