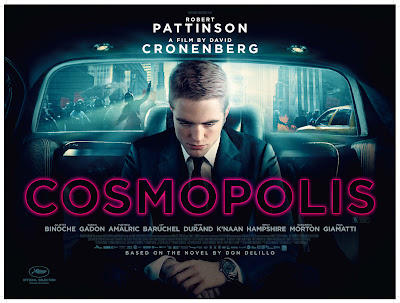 I haven't seen any of the Twilight movies. I am actually a little shocked that I haven't yet, since I have a pretty good track record of watching not just bad movies, but all movies. Somehow the blockbuster vampire werewolf teen soap opera franchise has manage to avoid my viewer-ship so far. One day I'll probably sit down and watch them all back to back, likely with friends, and afterwards I will be sad that I didn;t do something more productive and less painful with my day.

I am rather fascinated by Twilight from a pop-culture phenomena perspective. Especially of interest is that the books were popular...but not good, then the movies were popular...also not good. And everyone involved in the films production doesn't seem to hide the fact that the films are no good, and any fans of Twilight all also know that they are not good. Yet, they read and they watch and they care about if they are on team werewolf or vampire.

The powers-that-be in the film adaptations were rather evil brilliant in their realization that they didn't have to try so hard in making the film franchise good, because people were going to buy tickets no matter what. So they kept the budgets much lower than that of say a Marvel Comics or Lord of the Rings film, they made sure not to hire anyone too expensive to portray the characters, and they were sure to have lots of sponsorship tie-ins.

One of the actors who has found uncomfortable fame in his characterization of a sparkly dreamboat immortal undead is Robert Pattison. I have never seen the young super-star act in anything (or at least I have no memory of him, evidently he was in a Harry Potter movie). I cannot hold it against the guy for being in a horrible movie franchise any more than it can be held against a carpenter or plumber for taking a career making gig for sub-par employees. If you don't like the movies that's fine (and likely), but begrudging Pattison is along the same mindset of people being angry at bands who they think are sell-outs when the group gets successful. I've seen Pattison on a number of late night talk shows, and he seems like good people. He seems very conscious of the fact that the movies he is acting in are horrible, but he's not dismissive or unthankful about being in the position he has achieved.

The next two nights at 9:30pm we are screening Cosmopolis at the Mayfair. I'm looking forward to checking it out because I always appreciate an actor trying to break out of his type-casting mold, and I don't think director David Cronenberg would have given him the part undeservedly. If George Clooney can soldier on past his Batman & Robin turn, and Justin Timberlake can pull off a supporting performance in a hugely acclaimed Oscar winning film after having been a Mouseketeer and in a boy band, maybe there's hope that young Mr. Pattison won't have to be in soft-core teen horror romance films for the rest of his days.
Posted by batturtle at 7:52 PM