Auntie Loo's Treats is presenting the acclaimed and excellent documentary (ok...I haven't seen it, but it looks great)'The Kings of Pastry' at the Mayfair on Monday January 31st & Wednesday February 2nd. So what does this mean exactly? It means that not only will you get to see an action packed documentary about the world of competitive cake making, but if yer really lucky and extra nice, you might just get some free samples! And failing that, you can buy some cupcakes! They are awesome. You will become addicted. You have been warned. 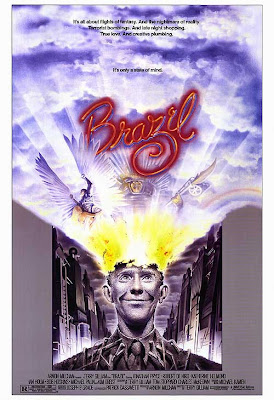 If that wasn't enough of a special occasion. Monday night also brings another Lost Marbles Geek Night and a special presentation of Terry Gilliam's 'Brazil'. One of many of his long line of commercial flops that were film-making brilliance. And if you don't snag a free cupcake, sticking around for the late show will give yah a shot at getting a kewl prize from Lost Marbles.
Posted by batturtle at 9:37 PM