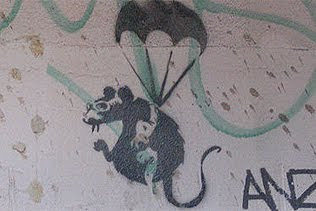 At one point in recent history, a bunch of rappers had Oscars and Martin Scorsese did not. Hence, I really don't care about them or any awards all that much. People who can write better than I have ranted about the judging of art and foolishness of awarding film or music or plays, pitting them against each other. Although an arguable statement to say the least, I've always thought that films were subjective and not objective. I certainly hated 'Crash' (not the sex and car crashes one, the other one), but somebody must have liked it since it made a couple bucks and won a Best Picture Oscar. And as shocking as this might sound to any rational being, there are some people out there who don't love Bruce Campbell or 'Army of Darkness'. There's no way in hell that you're going to talk me out of thinking that that movie is incredible. Yet I remember that the Ottawa Citizen gave it one star, lowest possible rating.

Having just done the annual reading of the Oscar nominees, there are some choices I'd agree with (Toy Story 3 was awesome), some stuff I'd disagree with (I thought Social Network was meh at best), and some stuff that I think was robbed (Scott Pilgrim vs the World). Every year holds a few surprises, even for one like I who as previously stated thinks awards are meaningless.

This year...Banksy got an Oscar nomination!? What a strange world we're in the midst of. A lil while back this guy was a true underground artist running around the streets of London mysteriously leaving his street art mark on the land. Now he's got a Simpsons credit on imdb and he's nominated for an Academy Award! Madness. 'Exit Through the Gift Shop' was maybe my 2nd favorite movie of last year, and I'm intrigued by the nomination if only it means that wherever the Oscars are held in California that maybe this means it'll get tagged by some nifty new Banksy art. And if he wins he'll surely thank me for my tattoo tribute.
Posted by batturtle at 1:12 AM