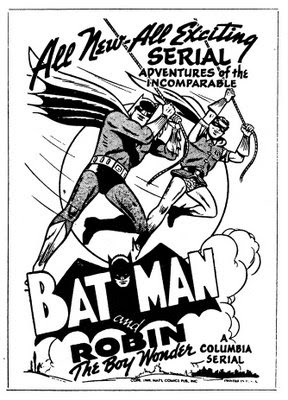 A midst telling a friend of mine my recent and upcoming schedule, she made me halt due to being knowledgeable of the hectic levels of my day to day activities was stressing her out. Between normal work gigs and Mayfair stuff, then add in the occasional social obligation, film crew participation, working on my own short at the moment and a friends web series, I don't have anything in the way of free time at the moment.

I've got a batch of backlogged TV to watch (Fringe! Clone Wars! 30 Rock!) and a ever increasing stack of comics and non-picture books that aren't going to just read themselves. I've vowed to even try to avoid the library this year just 'cause I'm so behind on reading my stuff / friends books. I had intended to write a comment on the long deserved and finally here death of the Comics Code, but haven't had much in the way of sitting at the computer time when I'm not busy computering something else. Even if that's just keeping the Mayfair Twitter page up to date, which might not seem like all that much work, but has become a constant never ending 140 character monkey on my back. I even dropped the ball on writing an entry on Lost Marbles Geek Night presentation of 'Fifth Element' last Monday. It was great, and just to let you know, if you're ever introducing a Bruce Willis movie, do use the Asthton Kutcher's dad joke. It kills. 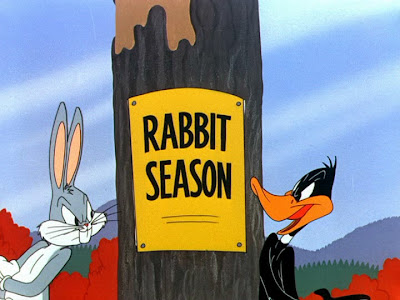 So, although kind of last minute, I didn't want to let pass a couple of very cool screenings happening at the Mayfair this-afternoon and tomorrow. Today at 1pm and tomorrow at 3pm we have a collection of some of the greatest Looney Tunes classics up on the big screen in all their 35mm glory. If that wasn't amazing and retro enough, on the very same Saturday and Sunday we have (at 3pm and 8:15pm respectively) 'Batman & Robin' serials from the late 1940's. A rare chance to see the mostly lost genre of the theatrical short animation (except for PIXAR and the occasional other offering) and the completely lost art of the short episodic serial up on the big screen (though I seem to remember hearing rumor that Marvel may to some live action shorts of their 2nd / 3rd tier characters in front of their upcoming films).

Bugs Bunny. Batman. Big Screen. Drop everything. Don't miss it.
Posted by batturtle at 11:29 AM