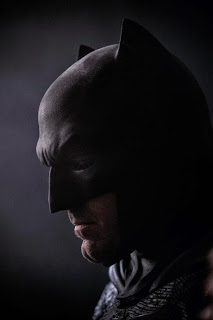 My biggest problem with the geek community, is the negativity from a certain breed of geek towards all things geek. The most vocal deterrent towards this sub-genre of entertainment seems to be the people who should love it the most. This is mostly thanks to the internet of course, where the angriest voice of one troll can stomp out the joy of millions. I guarantee you that Trekkies upset with JJ Abrams Star Trek films, or Jedi wannabe's who don't like the Star Wars prequels, are first in line to buy a movie ticket or piece of merchandise for the thing that they spend so much of their free time shooting hate towards.

I've never understood why if you don't like something, why don't you just not watch it, or read it, or listen to it? I'm fairly confident that no one ever held a gun to someone's head to force them to watch the latest episode of Arrow or Supernatural or Simpsons or whatever. We live in an age of near infinite amounts of entertainment available to us at any given time. Gone is the age of a handful of teevee channel options, or video stores being closed, or not having the ability to get a hold of a book any time you want. If you don't like the creative team on Spider-man...don't read Spider-man! You're welcome. Problem solved.

San Diego Comic Con is upon us for another year. The one time comic convention, now venue for unveiling the latest giant movie franchise publicity, will unleash numerous exciting bits of geek news over the next few days. One such newsworthy to comic book aficionado's is a Ben Affleck / Batman poster teaser for the 2016 Superman / Batman movie mash-up. Poor ole'Affleck got a nice wave of internet troll negativity once his casting had been announced. Despite the fact that his performance wouldn't even be seen for years, the decision had been made that he was unworthy.

I didn't like Man of Steel, and was in the great minority of not really caring for the Dark Knight trilogy either. So, the thought of another super hero movie from these filmmakers doesn't really excite me that much. I will refrain from critiquing the movie until I actually...y'know...see it. He looks pretty good in the Bat-mask though.
Posted by batturtle at 12:48 PM