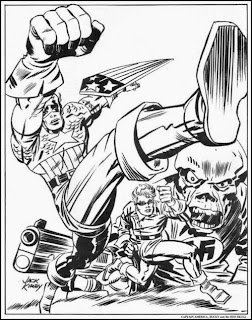 Happy 4th of July you patriotic flag waving folks to the South. You're the bestest crazy basement neighbours a country could ask for. Even though your country doesn't actually have a name, and a large percentage of your residents think that we all live in igloos and ride polar bears to work, we're glad to be pals. Any country that invented Hostess Fruit Pies and Slurpee's, had citizens the like of Jack Kirby, Jim Henson and Joey Ramone, and includes cities like New York and Boston, deserves to be celebrated despite its flaws. Hope y'all enjoy the fireworks and bbq!

Posted by batturtle at 2:07 PM