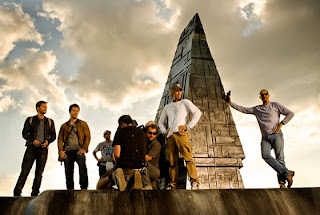 Awh, c'mon! I'm very disappointed in you worldwide movie ticket buying audience. All I ask is that a Michael Bay Transformers movie comes out that flops financially as much as it does with critics. Is that too much to ask? These movies keep making all the money in the world, in spite of everyone in the world seeming to hate them. There is a mass amount of illogic to these movies that I can't wrap my head around. This franchise should have halted a couple of movies ago, it should have been a disaster at the box office, and yet it keeps rolling along with all kinds of big profit numbers. This is a movie that has an all critics / top critics rating hovering around 17% /15%, and one that no one seems to admit being a super fan of. None the less there are four of these movies where blurs of poorly designed robots punch each other through confusing plot-lines for 150 minutes of motion picture madness.

Transformers: Age of Extinction made over $300 million dollars over it's opening weekend. Firmly securing that the Hollywood powers-that-be will offer up another pair of films to complete a second trilogy. I won't watch them, under the life is to short to waste my time train of thought, so it doesn't really effect my daily existence. I'm just sad that that maniacal bad movie making genius Michael Bay was right, "They love to hate, and I don't care; let them hate. They're still going to see the movie!".
Posted by batturtle at 4:08 PM