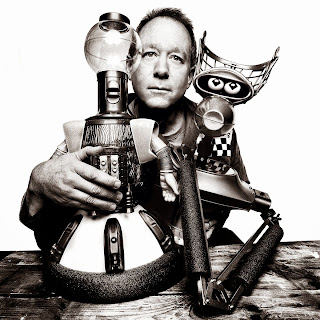 This photo of Joel Hodgson with his robot friends Tom Servo and Crow fills me with unbridled joy. If you aren't familiar with the comedic mastermind and the two robots in said photo, then you are missing out on one of the greatest and most hilarious bits of television ever created by humans. In simplest terms, Mystery Science Theatre 3000 was a show in which three funny performers made fun of old bad movies. Thanks to a high concept story surrounding the characters and genius writing, MST3K is so much bigger and better then it could be in the hands of lesser talent. There have been numerous times that my friends and I have watched episodes and almost died with laughter. It can be a dangerous endeavor. After 11 seasons and an incredible collection of bad motion picture history on display, the series came to an end way back in 1999.

So, you might imagine that a giant in-depth article on Wired titled Mystery Science Theater 3000: The Definitive Oral History of a TV Masterpiece caught my attention. And, the part where it reveals that Joel has plans to bring back MST3K this year almost made me cry.
Posted by batturtle at 11:12 PM