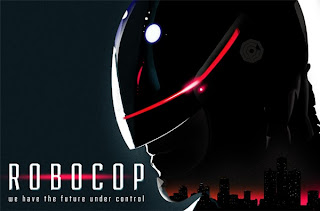 I always get angry at people who negatively judge movies before they see the movies. Recently I happened to read someone practically have a nervous breakdown hissy fit because Michael Douglas had been cast in the upcoming Ant-Man movie. This Marvel fanatic was reacting to the casting of an actor in a movie the way a more logical person might react to a hate crime, ecological disaster or his house being burnt down. You would think that he'd be happy at the news that an Oscar winning actor had been cast in a movie property that h clearly cares deeply about. On top of that,the movie is directed by the flawless Edgar Wright, and also stars Paul Rudd. This should all bring one joy and hopefulness, and yet it seems like every press release only brings some fans trucks full of anger.

I am a giant comic book nerd. I have love comic books all of my life. I have been angry about sub-par scripts and art and poor movie adaptations to be sure. The catch is, I wait to actually take in the product before passing judgement upon it. I didn't like the movie versions of Green Lantern or Man of Steel or Batman & Robin. There are moments in each film that push me towards fits of geeky Hulk rage anger. I also realize that they are just movies,and no matter how terrible they are, it doesn't take away from my love of the comic book source material. Just because the Batman & Robin movie is horrible, doesn't suddenly make the Batman movies and cartoons and comics that I love suddenly become awful.

Geek anger as such perplexes me. The latest Hollywood offering to be pelted with unnecessary cinematic geek ferocity is the Robocop remake. I got to check out the new movie at another free screening that I keep getting invites to. The sci-fi cyborg cop revenge tale features new twists and turns away from the original, along with lots of bad guy bashing, giant robots and a nice dose of Fox News shaming. It is not a great movie, but I don't really think that the original is either. Nostalgia and the teenage brain tend to skew the quality of one's entertainment intake. The movie features Gary Oldman, Michael Keaton and Samuel L Jackson in supporting roles...I'll see any movie with a triple bill of talent that impressive. The original Robocop was pretty cool, and so is this one. And I give that opinion having actually watched the movie.
Posted by batturtle at 11:49 PM