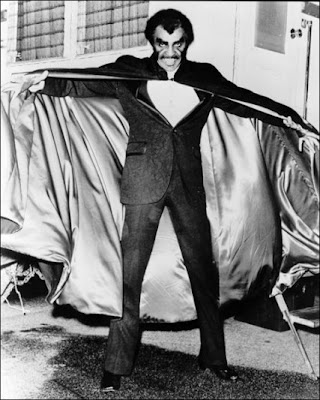 For a while now, I've had it in my head to see if we might program some Black History Month themed films at the Mayfair. There's a worry sometimes for that kind of thing that it might come across as poking fun at or being disrespectful of the significant event. More so in a case when one is involved with helping to run a theatre that at any given time is showing cannibal movies, exploitation fare or 'The Human Centipede'.

Of course, the first thing that came to my mind was to see what the likelihood was of showing some Blaxploitation Cinema. The thought of which corresponds with the previous statement of not wanting to make light of Black History Month. Though I don't think it would be too horribly offensive of a genre to screen, especially considering the number of interviews I've seen with actors and filmmakers of the genre discussing how proud they were of those films.

I thought it would be a good idea and film historical appropriate plan to counter with some more serious fare, and possibly something music related. Alas, like so often gets in the way of this kind of thing, many of the films weren't available to be screened. Not only other Blaxploitation fare, but the likes of 'When We Were Kings', 'Dave Chappelle's Block Party' or 'The Harder They Come' are all on the shelf for now.

Shockingly, one movie that was available was 'Blacula'. I always find it weird that we're not able to screen something mainstream like 'Gremlins'...but more obscure weird offerings are up for grabs no problem. 'Blacula' is so unbelievably cool, that a person or two that I told about this film of late actually didn't believe me. They thought I was making a movie up, that the title was about as unbelievable as 'Dr. Acula' (that title is stolen from 'Scrubs').

Brave the harsh weather to see a rare glimpse of 70's Blaxploitation vampire horror at the Mayfair for a late late Lost Marbles Geek Night, Friday February 4th at 11:30PM.
Posted by batturtle at 10:57 PM