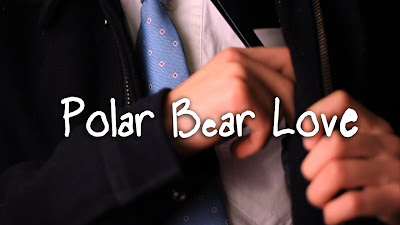 Early on yesterday, I got a text from a friend that left me confused. I replied with a question mark. She replied with a laugh, and information that it was an exact quote from a bit of an interview in regards to the Painted Lips and Lolly Licks fest at the Mayfair. Funny that is, 'cause I said nothing close to that in real life. I can deduce where the fake quote came from, and it doesn't surprise me, due to the fact that every single time I'm interviewed it ends in mis-quotes and embellished half-truths. I've had the belief for a while that many a journalist are really more paraphrasers than anything else. Anyhow, that's really more funny and annoying than anything else, not the end of the world.

The fest itself was another grand and amazing Mayfair of a night. We should have burlesque girls perform pre-show at every damn movie we show! Twas a packed house of heckling lustful film-goers, hepped up on alcohol and the anticipation of seeing some explicit short movies.

The film that walked away with the Mayfair gold card getting it's director a year of free movies was Polar Bear Love. A well deserved accomplishment, there were a lot of films, but I have to say I'm pretty sure that it was my favorite. Click on the films title above, and you can watch it for yourself. I'll be busy contemplating another short for 2012.
Posted by batturtle at 2:13 PM