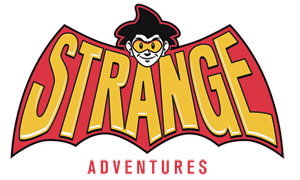 The first thing that happens to someone when visiting Halifax and being lead around by a local is that you are tricked to be in the city at noon, and as near as possible to this cannon that gets shot off every day, so you are appropriately scared by the event.

On top of that excitement, we also dropped in on the local museum to visit a 90 year old (actual) tortoise, and stopped in for a delicious vegan lunch at the Heartwood Bakery & Cafe. We stopped in at a truly bizarre store, Video Difference, a genuine honest to goodness multi-level chain video store where one can rent movies. I didn't think that such a thing existed anymore! Here we picked up a bunch of David Tennant Doctor Who's that were on sale for an insanely low price (no box and used = big savings!).

Our low-priced shopping spree continued at Taz Records, which maybe even more bizarre than a movie rental chain that has not closed down, is a big old timey record store. Here we found a Blues Brothers album and a Steve Martin album for a mere one dollar each.

Around the corner from there was Strange Adventures, one of the coolest lil' comic stores that I've ever been in. It's a nice and cozy semi-basement locale with framed sketches from comic book artists and all kinds of toys various geekery puzzle-pieced about the brick walls. I was sad to hear that the store's lease was up and that they were moving to a new location. Good to hear that they aren't closing down, but a shame to move on from this great space. I always like to buy something when visiting nifty shops such as this, and in this case was the added bonus that a whole bunch of stuff was greatly discounted AND 2 for 1 due to the impending move. I picked up Queen Crab and Retrovirus from Image Comics, Jay Stephens' The Land of Nod and Emma Caufield's Contropussy (which I heard about on the Nerdist). On top of all of that the manager was kind enough to throw in The Great Northern Brotherhood of Canadian Cartoonists at no extra charge. This always happen when I travel, I stumble on great stuff that I have to shove into luggage and bring back home. If only paper wasn't so heavy.

As of yet, no sightings of street lobsters. I did see some seagulls that as I had heard about were indeed the size of pterodactyls.

Posted by batturtle at 6:45 PM