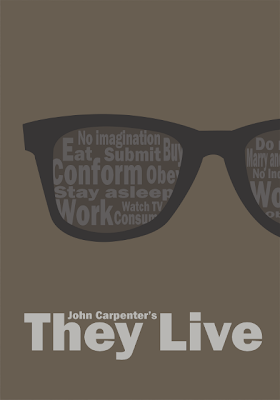 A few months ago I had the bright idea to try and sell advance tickets at the Mayfair for special screenings of hard to find cult movies. Since the availability of 35mm prints of such cinematic treasure were few and far in-between in terms of availability, shipping them in from private collectors was a pricey endeavour. I figured that if we could sell just 75 tickets that that would cover the extra costs, and ensure an awesome movie night for our cult movie fans.

The experiment was a resounding failure, and after much effort and a big on-line and in theatre push to get the word out, we ended up selling a whopping 21 tickets. I cannot tell a lie, I was a bit crest-fallen at the lack-luster ticket sales. I made many a jaded joke that from now on we should just screen architecture and food documentaries 'cause at least that fan base always seems to support what they love. When very few people showed up for The Goonies and Universal Soldier: Day of Reckoning, my thoughts on the matter did not greatly improve.

Tonight is the chance to turn this all around thanks to our fancy new digital projector. Tonight's late late show at the Mayfair is none other than They Live. They Live is an incredible aliens among us 1980's action extravaganza directed by cult movie master John Carpenter (Halloween, The Thing, Big Trouble in Little China) and starring Canada's own Rowdy Roddy Piper. It's not only alien invasion Orwellian calibre sci-fi fun, it also just happens to have what many praise as one of the greatest fight scenes ever in the history of cinema.

If tonight goes well, the doors open wide to even more great movies newly available thanks to the new digital age. Don't forget your sunglasses.

They Live screens tonight (Friday January 18th) at 11:30pm at the Mayfair.