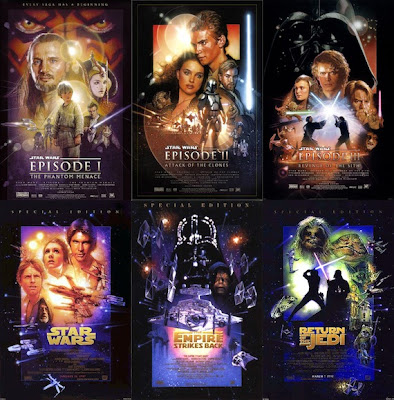 Once upon a time, movie posters were a wondrous art-form that inspired imagination and were amazing accompanying pieces to a film. Now-a-days posters are mostly big head-shots of the movies star, or generally sub-par cut and paste messes.

There has been a bit of a resurgence of cool movie posters of late. The posters for the upcoming Wolverine, Iron Man and Oz movies are all pretty great. Unfortunately, most other movies...like say The Avengers...have movie posters that are shameful and seemingly put together by someone who is not quite familiar with the concept of photoshop.

News came out today that Disney has approached the legendary Drew Struzan to paint posters for upcoming Star Wars films. If you are not familiar with Mr. Struzan, look up his work and then be perplexed as to why Hollywood doesn't employ movie poster painters anymore. If this happens, and he is reunited with the galaxy far far away, it is further proof that geeks should rejoice that the future of Star Wars is indeed in good and caring hands.
Posted by batturtle at 6:34 PM