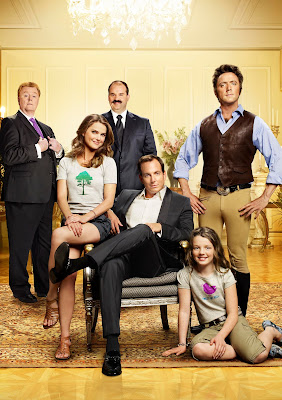 I think that the Netlix should have a sub-section just to showcase short lived / cancelled too soon teevee programs. The latest one I've gone through are the twelve episodes of Running Wilde. This high concept romantic comedy comes from some of the folks behind the pure brilliance that was Arrested Development, and even has the hilarious Will Arnett playing essentially the same character. It's a funny show, and only bitter-sweet to watch because after the non-ending of the final episode, you will be furious that something like this lasts only half a season while reality shows keep marching along endlessly.
Posted by batturtle at 2:32 PM