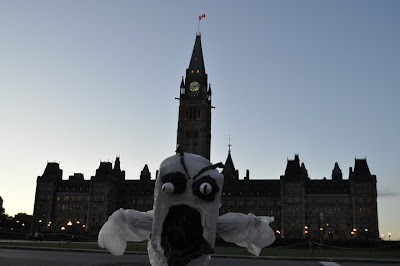 Plus an 8mm zombie graveyard short from Petr Maur, two brand new shorts from Jeff Campbell, three works from Chris Chitaroni & Jimm Moir's Skywardkick Productions, and a pair of terror themed music videos from Canadian bands Hunter Valentine and Boxcar Cadavers (I directed the latter one). The work ranges in length from 5 to 18 minutes, and all combined comes in at about 100 / 105 minutes.
Posted by batturtle at 12:08 PM