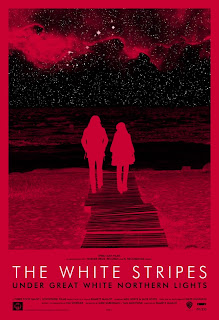 In 2007 (and in years since then) I greatly enjoyed working at the Blues Fest here in Ottawa. The musical highlight for me was the White Stripes, who were in the midst of a cross country tour of our fine country, in which they were hitting every single province and territory. Today I found out that after months of trying to track it down, the powers that be are FINALLY going to let us screen 'White Stripes Under Great White Northern Lights' at the Mayfair. A rock n roll documentary on the topic of the duo's quest across Canada. Keep an eye out for it on March 10th / 11th. Their fine band has done so much for us, the least you can do is come and see their movie.
Posted by batturtle at 3:30 AM