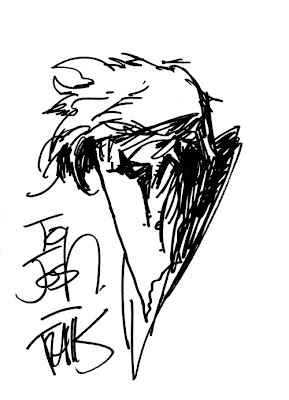 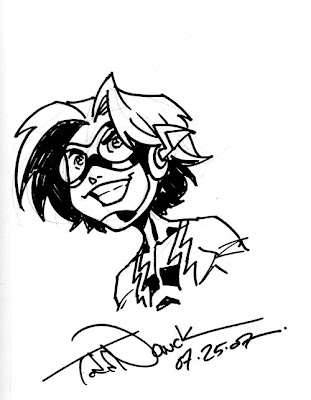 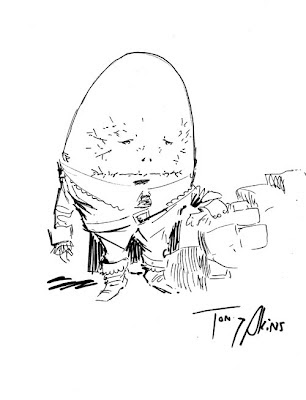 Sketches! Forever and a day ago (ok...well, more like nine months) I was in California for the San Diego Comic Con. At which, I got a bunch of cool sketches to add to my collection thanks to the ever so nice comic artists in attendance. At the request of a few curious geeks, I had intentions to put some of these new treasures up much sooner. Alas, I don't actually own a scanner, and time flies. With the NYCC on the horizon, it was on my mind though...so I finally got around to the deed of going to a friends place where-at there was a scanner. And much scanning commenced!

So, here's three for now. The first: Grifter by Travis Charest. A character he drew during Alan Moore's writing stint on Wildcats (which was a great run). More recently he's done a whole bunch of amazing Star Wars covers. Next is Impulse by Todd Nauck. Todd has drawn a lot of Bart Allen in his day, and we lamented over the characters death. And third but not least, Humpty Dumpty, as seen in Jack of Fables drawn by Tony Akins.
More sketches to come (have to go be productive now).
Posted by batturtle at 12:09 PM