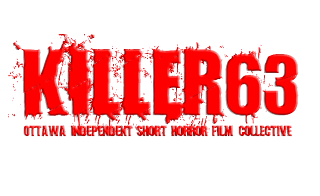 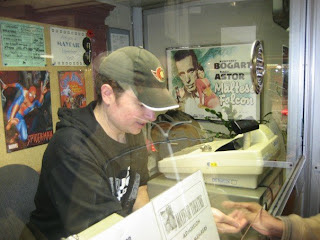 working the box office at the Mayfair for the K63

Another year of the Killer63 has come and gone. Meant to come and post an update over the weekend, but I'm fairly worn out and exhausted. Even getting up the ambition and will-power to do a lil' blog update is quite a feat for me at the moment. Anyhow, everything went really well. Been getting lots of ego boosting praise over the last couple days. Extra special thanks to all the filmmakers, cast and crew involved in making up the shorts that screened this year. And to the staff of the Mayfair, and to everyone who came out to our late late show premiere.

Despite wanting to take a bit of a break...wheels are already in motion for next year. Folks asking how to submit a film for consideration to be screened...talk of maybe expanding to more days...maybe include some features. Lots of ideas. There will be a part 3 for Killer63 for sure. Halloween 2008...so still a bit of time to get things organized again.

Oh...and for those who haven't heard yet, the Ottawa X-Press has nominated the K63 for the 'Best Film Festival' of 2007 in it's Best of Ottawa Reader's Poll. It only takes a couple minutes to vote online...so if you head over to their site and do so, I'll be your best friend. Thanks.

Posted by batturtle at 2:33 PM