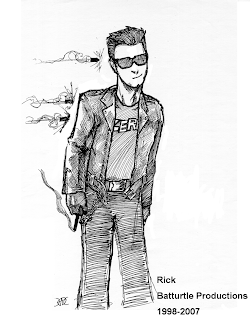 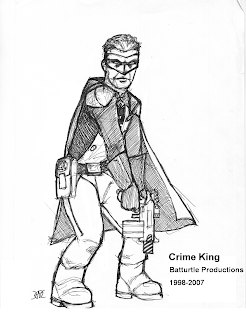 Some years back, I had the crazy idea to do a trio of short films that stood on their own but could then be packaged together as a feature length anthology. Hence three Villains shorts were produced, and then they appropriately enough became an anthology titled 'The Villains Anthology'. They were fun shoots, lots of my friends worked on the things, and I was very pleased with the final product. They were screened here in Ottawa and at a number of fests around North America (...off the top of my head I remember that they were shown in New York, Toronto, Utah, Vancouver and elsewhere). They were featured on a couple of online film places, and got me listed on IMDb for the first time. Alas, as happens with most indie films, the effort did not grant us riches, fame and fortune.

I've always had in the back of my head that I want to take another shot at the concept though. I really love the characters and the world. So currently, with the help of some alike mind friends, we are whipping up some scripts and storyboards and stuff and slapping together a pitch for an animated 'Villains'. I'd like to do a comic too. Especially with all the nifty Internet options available for publishing nowadays.

Those pictures up above are concept designs for a couple of the central characters from the Villains Universe. As illustrated by James Lagowski. More to come.
Posted by batturtle at 11:43 AM