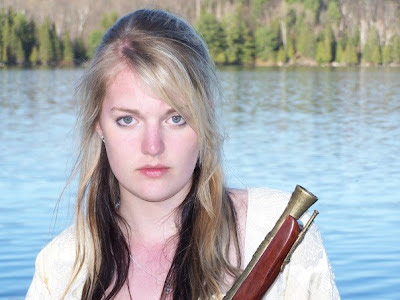 Amanda Leigh as Victoria Albee in 'Pirates of Snake Island'
Received an e-mail of thanks (as did the rest of the cast and crew) from the producer of 'Pirates of Snake Island'. Which reminded me that I hadn't posted an update that the movie had wrapped production as of last Sunday. I don't know when exactly it's set for release on DVD, though I do remember a rumor that the plan was to get it out around the same time as that other pirate movie starring that Johnny Depp guy hits stores.
Posted by batturtle at 12:46 AM