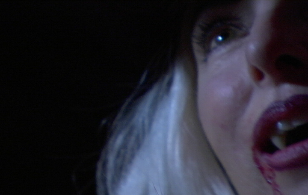 This upcoming Saturday (April 14th) at 11:30PM, the Mayfair theatre (here in Ottawa) will host a screening of Brett Kelly's new directorial effort, 'Kingdom of the Vampire'. KotH marks the millionth or so project that I've worked on with Brett in various capacity. Alright, not quite a million. But I think that we may be up to around twenty or so long or short movies ranging from a special thanks I got on one film he directed, throw in some sound stuff, gripping, and A.D.-ing, all the way up to me directing him in a feature.

Anyhow, if you're free late Saturday night, grab some friends, make your way to the Mayfair and check out the big world premiere. An (approximately) midnight madness horror show at a good ole' fashioned single big-screen theatre. No better way to see a scary vampire movie.
Posted by batturtle at 1:59 AM