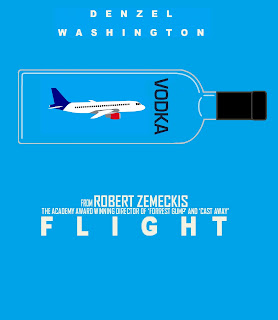 With directorial efforts the like of Back to the Future and Who Framed Roger Rabbit, and producing stuff like Tales from the Crypt and The Frighteners, I used to be quite the fan of Robert Zemeckis. Then he decided to try his hand at trace-o photo-realistic animation and my love quickly turned to something closer to hate. First up was Polar Express, featuring the cold dead likeness of beloved super-star Tom Hanks portraying everything from a hobo to Santa. Then came a retelling of the classic tale of Beowulf, featuring the cold dead likeness of Oscar winner Anthony Hopkins and an evil naked Angelina Jolie (even the promise of a naked Angelina could not make the movie appealing). And in his most recent delve into the not really animated genre he presented his take on A Christmas Carol starring Jim Carrey. Thanks to the tracing motion capture motion picture technology, Jim Carrey appeared as equally cold and creepily dead faced as all the other characters who have ever appeared in any of these movies. I was extra upset by this one because Christmas Carol is my favourite story of all time, so his butchering of the tale made me extra upset.

Luckily, and hopefully it's a decision that he sticks to, Zemeckis has returned to live-action territory with his latest film. Flight tells the story of a pilot who heroically saves the lives of most the people on board of his plane by expertly handling a crash scenario. The twist being that this hero is a horrible drug addict, an alcoholic and pretty much a bad guy, as portrayed by Denzel Washington (who has received another Oscar nomination for his impressive efforts). On top of the Oscar nomination for Best Actor, the film also got a nod for Best Original Screenplay. Considering that we live in a world where a truly original screenplay is a very minimal thing amongst adaptations and sequels and remakes, it's nice to see an original script be rewarded and recognized.

With the positive critical response, awards and box office success ($146 million off a $31 million budget), we can only hope that Zemeckis stays in the world of live action for his future projects.