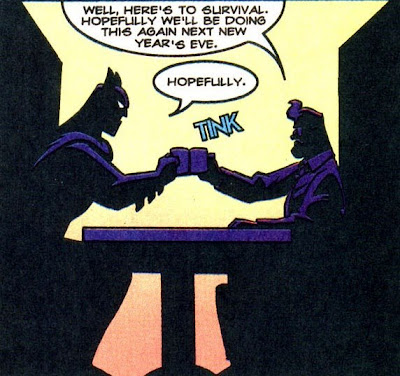 We did it! My New Year's resolution at the end of 2011 was to blog daily. There was no distinct theme, except for it being written by me. I enjoy having a self imposed assignment, and an excuse to undertake the chore of writing on a frequent basis. I also find that keeping on top of the practice of writing in any form keep the mind and typing fingers sharp for other assignments.

Foolishly, I think I am going to keep up with the daily blog, if anything I might just aim for shorter entries at times. The blog has been going well and has garnered some nice response from folks, and has even managed to get some films and books sent my way for review purposes, now if I could only trick someone into paying me for doing such things. Between the blog and various social media writings on behalf of the Mayfair Theatre, I find that that often takes up what normal humans might consider the same amount of hours as an average work day.

I also have some comic book and movie script stuff I want to get underway, so mayhaps a bit more work on that stuff and a bit fewer over-all annual hours put towards interweb writings. Thank you for reading, see you in the far off future that is 2013.
Posted by batturtle at 5:23 PM