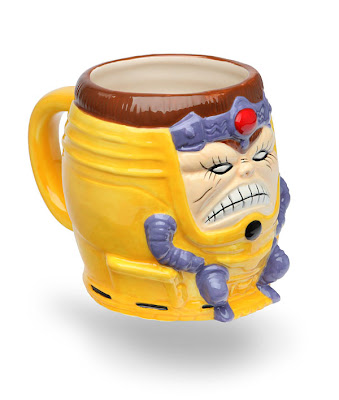 Now, like a kid hepped up too much Santa delivered stocking candy, I will list all of the highlights of the treasure that I received:

Almost as awesome as giant cybernetic floating head to drink delicious beverages out of, also got not just Jenga, but Spider-man themed Jenga! What's could make the stress induced stacking blocks game more exciting than crossing it over with a geek brand!?

Anyhow, hope everyone is having a great holiday season, I have to get back to watching cartoons, reading Archie Comics, and eating.
Posted by batturtle at 2:55 PM