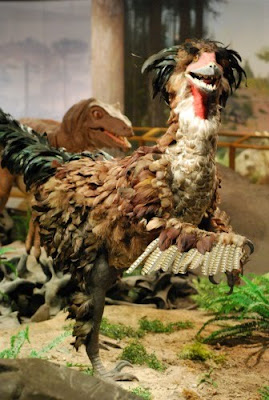 Bad news. It seems like my girlfriend has been food poisoned. Funny (not funny ha ha, but funny weird) news. The exact same thing happened when I travelled to NYC with a friend of mine last year. Exact same time-frame in relation to the vacation, exact same evil food eating scenario. So, as happened last time, despite protest on my part I was encouraged to get out of the hotel and do stuff as she lay in a food poisoned coma.

I went to the official Kid Robot store in Vegas, and today was the unleashing of another round of limited edition Dunny vinyl toys. I would have waited and bought them from Lost Marbles, my home-town purveyor of such things, but last time Kid Robot put out a ultra limited edition semi-secret round of toys akin to this batch I completely missed out. They were sold out before I even knew that they existed. Following that I got my learn on at the Natural History Museum and the Neon Museum. The Natural History Museum has actual live sharks and cool not-live dinosaurs, like this crazy looking deinonychus all covered in feathers. If indeed it ends up that a whole bunch of dinosaurs spent millions of years covered in feathers, Jurassic Park is suddenly a little bit less scary.

After checking in to make sure that the girlfriend was ok, I went and checked out some Ocean's 11 locations, and braved some impending tornado like winds for a final check off the Vegas list by getting some food at Pink's Hot Dogs. Another nice day in Vegas, though of course sad to have done it solo, accompanied only by the Nerdist podcasts. Lesson learned for one and all, if travelling with me, only eat exactly what I eat.
Posted by batturtle at 11:27 PM