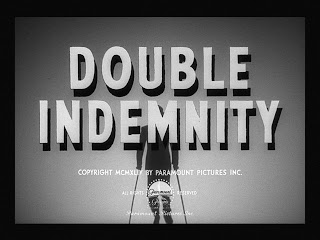 All of us movie geeks were terribly saddened at the loss of Roger Ebert. He was a great voice for the art of motion pictures, wrote impressive books on the subject, and was of course the greatest film critic of all time. Best of all, unlike some people in his field, he really loved movies. He cared about movies and the people who make them...was a fan. When the news hit, I was a couple of chapters away from finishing his memoir, Life Itself, which I can't recommend highly enough.

Moments after the bad news hit, I e-mailed our head programmer at the Mayfair and suggested that w should really hold some form of tribute for Roger. The first thought was to screen Citizen Kane, the movie that Roger said would be playing in heaven if such a thing existed. Another idea was to screen Beyond the Valley of the Dolls, the drive-in cult-classic that Roger wrote the screenplay for. Alas, neither of those films are available to us via film or digital means for us to present to our wonderful patrons.

We have a very worthwhile film-buff fallback option to honour Roger though, in the form of a quartet of movies which have been deemed great. We start things off this-afternoon at 3:45pm with Double Indemnity, followed by an encore screening tomorrow at 7:00pm. That is followed the next three Sunday/Monday's at the Mayfair with a trio of amazing classics: Sunset Boulevard, Cool Hand Luke, and Shane.

I only wish we could have held such a presentation of cinematic history with Roger in attendance to enjoy the movies along with us. The balcony will be open.
Posted by batturtle at 9:12 AM