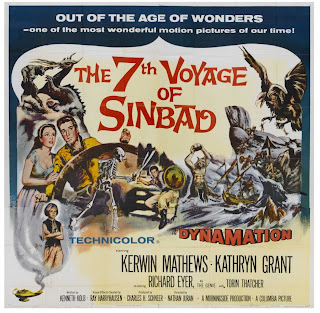 Whenever a form of technology goes through a change, or when anything changes for that manner, there are a sect of folks who are upset and make a lot of noise that the previous version was superior. Some people were upset when teevee entered homes alongside the radio, when compact discs knocked off records and tapes, when podcasts made tuning in to talk shows at specific time-slots seem obsolete, when films started using sound, when teevee became colourized, and I'm pretty sure every time a new model of car is released.

So, now that digital projectors have pretty much completely replaced film presentations, that are of course certain cinema fans who pine for the past and fear for the future. I understand the point of view that film is good and digital is bad, I have just come to not believe or agree with that train of thought. Film has been around for a hell of a long time. It is an impressive near miracle that it has hung in there for well over a century. Some other technological marvel like the car isn't the same as they were when first invented, yet film and film presentation (with a few switches here and there over the years) pretty much remained the same.

To be honest, most movie goers don't seem to care whether the movie that they are watching is being presented on film or digitally or on VHS. From what I've gathered, most patrons coming out to see a movie are more concerned about the over-all experience of getting out of the house to see a movie on the big screen in a nice location. Movie geeks (of which I am too of course) should not fear the future, they should embrace it's new possibilities. There were countless movies that we were never able to get at the Mayfair, simply because the film prints did not exist or were not readily available.

Now, thanks to our newly acquired digital projector, we are not only able to continue to screen new films like Skyfall and Argo...but we are also able to screen newly made available classics. Case in point, this-evening I will get to watch a vintage Ray Harryhausen stop-motion monster movie on the big screen for the first time ever! Presented in Dynamation (I'm not quite sure what that means), tonight I'll get hit with the awe and wonder of watching our hero battle a cyclops and giant two headed birds and sword wielding skeletons. The only thing better would be if it would be possible to watch the movie when it was first released and to be truly knocked over by how the hell this movie magic was made.

The Seventh Voyage of Sinbad screens in all it's digital glory tonight at 7:00pm at the Mayfair. The first of four Ray Harryhausen themed movies that we are presenting this month...none of which would be available to view if not for the movie magic of current digital marvel of technology.
Posted by batturtle at 9:41 AM