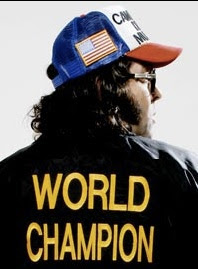 Watched the season finale of Orange is the New Black on the Netflix. We're all on the same page that Netflix is awesome and all of these original programs they're putting out are awesome right? Ok...good. On the off chance that you haven't binge watched through this great new series yet (like everyone else I know has done), go do so right now.

A stand-up comedy filled evening beginning with The Meltdown with Jonah and Kumail. The Meltdown is the flagship comedy showcase spun out of Nerdist Enterprises that happens on a weekly basis at Meltdown Comics in LA. Meltdown Comics is high on my list of places on this planet that I want to visit, and I love the Nerdist, so I was glad to partake in this road-show version. One of their special guests was the hilarious Ron Funches, who ended the show with his trademark move of throwing a bunch of Skittles at the audience. I sadly did not catch one to keep as a souvenir forever and ever.

Then we headed to another hidden club to see 30 Rock alum Judah Frielander. All of the 'Off JFL' locations are true and old fashioned tiny comedy clubs, meaning that many are up a long flight of sketchy stairs and that everyone is packed into a make-shift space that I'm relatively sure is a fire hazard to all in attendance. Danger aside, it does make for perfect surroundings for comedy. Judah Frielander was great, easily proving that he is indeed the World Champion of everything.
Posted by batturtle at 11:50 PM