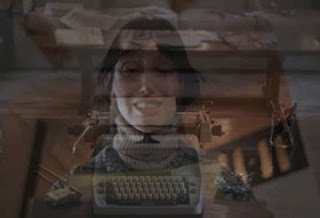 There is a bizarre movie geek conspiracy theory floating around the interwebs that Stanley Kuberick intended for The Shining to be viewed forward and backward. By doing so, numerous visual overlaps happen that reveal thematic interesting visuals. It's something that is just crazy enough to be true if you know anything about the life of Mr Kuberick.

I think that it's a fascinating experiment and well worth your cinematic spare time. I also think that you might find just as many seemingly on purpose cross-over images if you do the same to any movie ever made. You can have a chance to judge for yourself whether it's nonsense and coincidence, or madman artistic vision when the Mayfair screens The Shining: Forward & Backward on Wednesday June 26 at 9:00pm and Thursday June 27th at 9:30pm