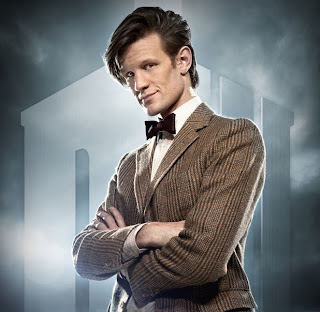 Matt Smith is leaving Doctor Who, which will usher in a regeneration of the character and a twelfth actor stepping in to the role. I understand that being Doctor Who is a lot of work and that and actor might want to explore different roles, I none-the-less have a hard time wrapping my mind around how someone could walk away from a gig like this one. It's a pretty bad average when you consider that there's been a different Doctor about every 4.5 years over the 50 year run. Of course there's countless years of time travel between televised adventures that we aren't privy to.

Leaving on top vs overstaying your welcome is a tough balance to maintain when in a situation like this I can imagine, plus those Brit's have no fear in keeping projects shorter instead of running a concept into the ground. I will still be very sad to see Matt go. Though I was also quite devastated to see the tenth Doctor go, and things have turned out just fine in his absence. I was ready to give up on Doctor Who after the departure of David Tennant, I think I've gained more of an over-all appreciation of the legacy since then though. Even though it has been spoilered for usall, I can pretty much guarantee the shedding of a geeky tear when the current Doctor dies and the new one is revealed.
Posted by batturtle at 8:40 PM