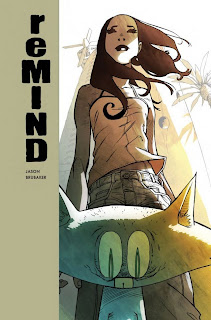 I love comic books. I love comics of all shapes and sizes, whether they be about super-hero's saving the universe or a historical World War II drama or a gritty western or a brave autobiographical love story. There are a lot of great comics being produced, even so, the bad greatly outweigh the good (but to be fair, that's the same statistical average as in movies and teevee shows and books).

In today's market, a couple of big publishers greatly smash the independent offerings in their power at getting attention and getting in front of reader's eyes. I have no issue with the mainstream, books like Hawkeye from Marvel or Batman & Robin from DC are great reads. There is also the not so new comic book publishing habit, but seemingly quickly expanding trend, of licensed offerings adapted from the world of teevee and movies. Again, I have no problem with this, and currently have comics like Doctor Who and Buffy on my monthly pull-list. There costumed hero's from billion dollar box office hits and familiar faces from popular franchises filling up the comic store racks, sometimes with little room for a store to take risks on anything else. It's a constant point of anguish that the indie genre of comic books and its great diversity of output has an incredible difficulty uphill battle in getting a new readers attention.

One of those books that deserves your attention is reMIND. A truly original fantastical adventure tale, reMIND stars a tech savvy young woman who lives in an airplane topped lighthouse in a town obsessed with the Cryptozoological legend of lizard men. When her lost cat reappears with the new skills of walking (one two legs) and talking, then the fun really begins. reMIND is my favourite kind of comic, one with a lot of originality from both script and visual sides of the project. I found myself reminded of the work of Sam Kieth at times, a big compliment seeing as he is one of my all time favourite comic creators (by happenstance he also supplied a pin-up and a praising quote for the back cover of the first volume). The combination of character design and creatures and above ground and underwater cityscapes looked like something that Jim Henson might have put into a movie in his Dark Crystal era of filmmaking, and is perfect in scope for this imaginative bit of comic book storytelling.

The books are also the nice combo of kid friendly and just as good of a read for an adult, an ever growing bit of rarity. As an added bonus, the story is completely self contained into two thick hardback volumes, a nice thing in a comic book world often filled with endless complicated cross-over's. Although the story wraps things up at the end of volume 2, I would gladly read the continuing adventures of the characters in this world.

To read all about the 15 year long trek behind the scenes publishing adventure that lead to this book seeing the light, and to find out how to read the book for yourself, go check out the reMIND site.
Posted by batturtle at 2:15 PM